Here's a breakdown of the different beef primals and what cuts can be made from each. 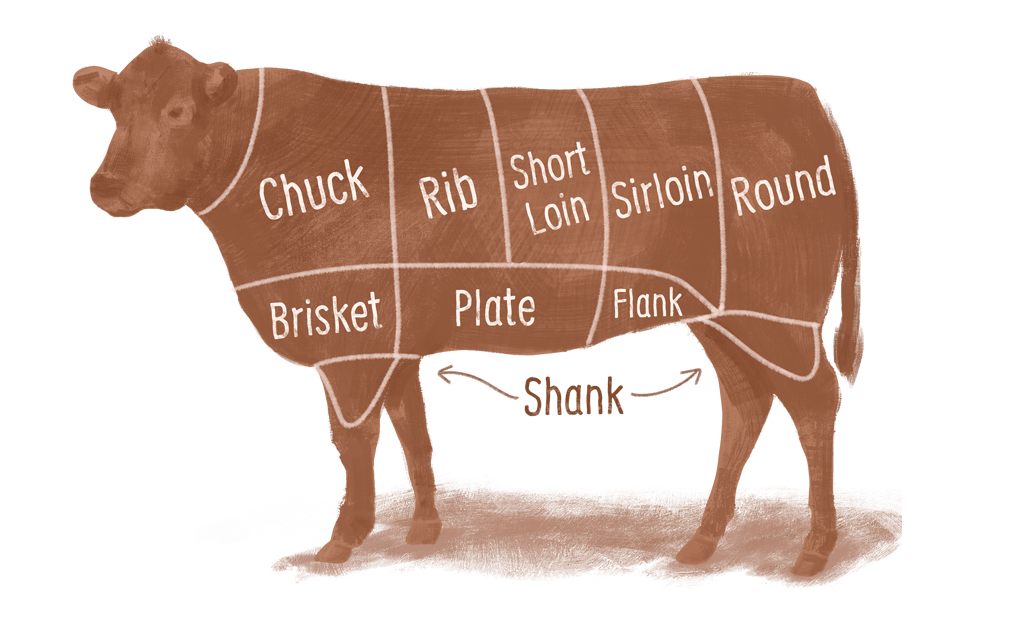 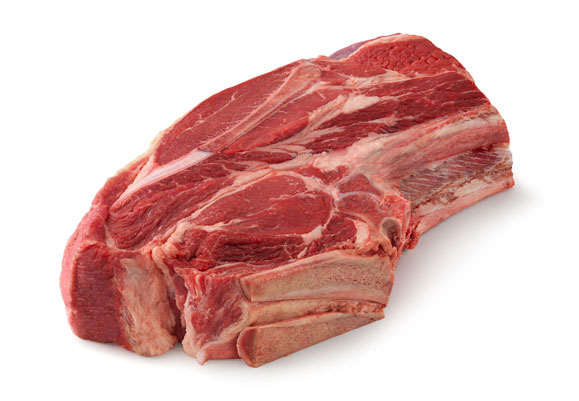 Unlike the chuck steak, a Chuck Roast comes from a highly worked muscle group, making it a tougher, though highly flavorful, cut of beef. This makes it ideal for low-and-slow preparations, such as pot roast and beef stew. 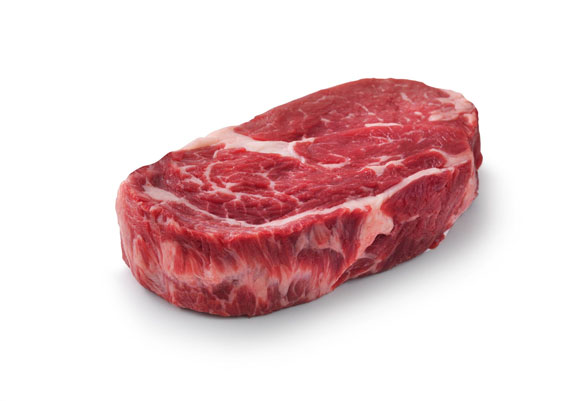 The Chuck Eye is a continuation of the same muscles that make up the rib eye, one of the most flavorful and tender cuts of beef available, making it a great value. Sometimes referred to as "Poor Man's Ribeye," Chuck Steaks are a rich, flavorful cut of beef that rivals any of its pricier steak counterparts when prepared correctly. This naturally tender cut lends itself well to a variety of preparations, though pot roasts and stews are most popular with the Chuck Eye. 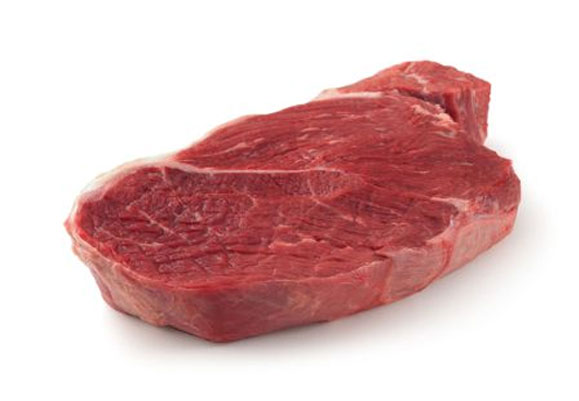 The Shoulder Clod Arm Roast, or what's most commonly referred to as an English Roast, is a flavorful cut that tends to be tough. That's why it's a popular choice for pot roasts and stews — or any low and slow preparation. 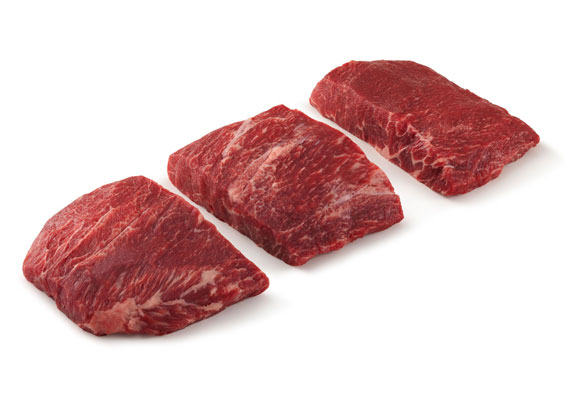 Flat Iron steaks are cut from the second most tender muscle, which makes them ideal for grilling and pan searing. Flat Iron steaks tend to be well-marbled, which adds to their rich flavor. 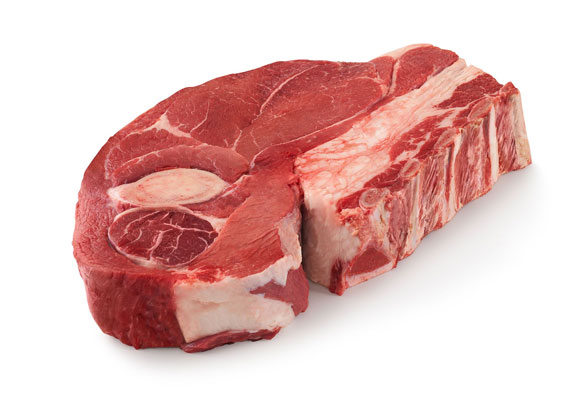 This cut of beef gets its name from the popular way it is prepared: as pot roast. Low and slow preparations of this cut are best, because the muscle has time to break down and become tender and flavorful. 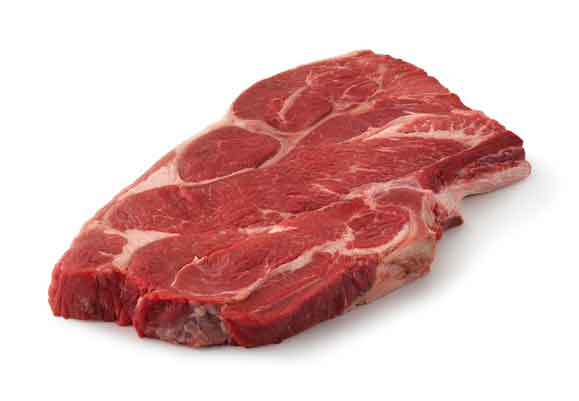 A relatively inexpensive cut with loads of beef flavor. Marinate before grilling. 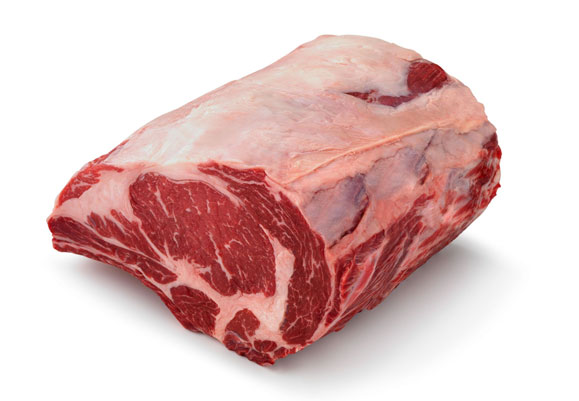 This cut is arguably the most flavorful and tender of any beef primal. It naturally features generous marbling and rich, beefy flavor that is perfect for roasting. 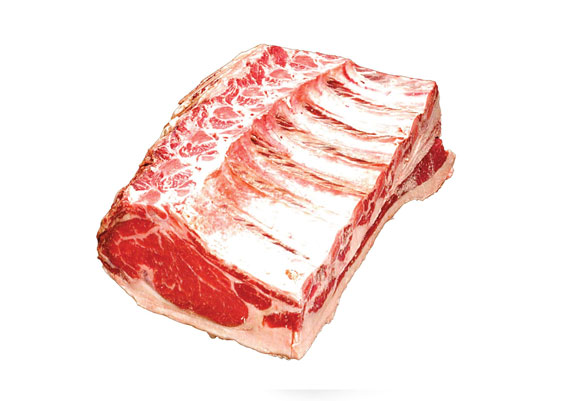 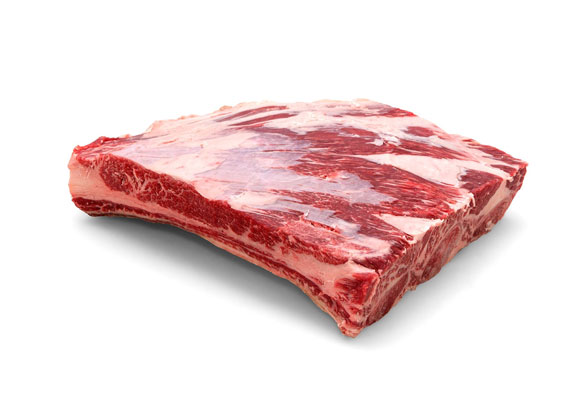 Short Ribs that come from the Chuck primal are known for their richness and meatiness. These short ribs are best when slow-cooked. 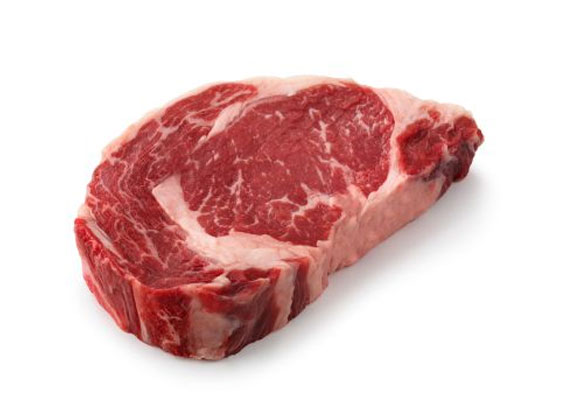 The Ribeye is considered by many to be the most tender, flavorful steak you can get from a beef. This cut is often grilled or prepared in a cast iron skillet to highlight its natural tenderness and robust flavor. 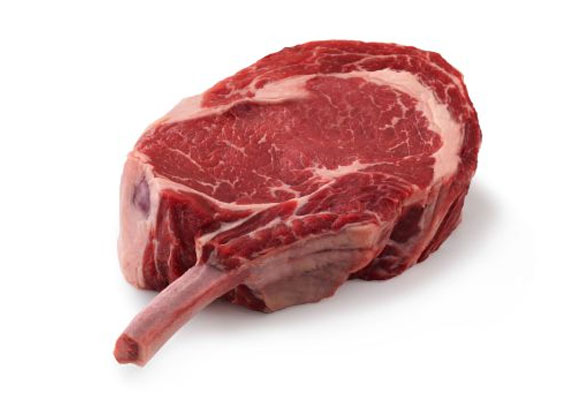 The Rib Steak is essentially the bone-in version of a ribeye. It is the same cut of beef, but the bone is left in to promote flavor and tenderness during the cooking process. Rib Steaks are often grilled, pan-seared, or oven-roasted.

This is perhaps the most well-known cut, also home to the popular filet mignon. This meat is historically lean and succulent, and can be prepared a variety of ways. 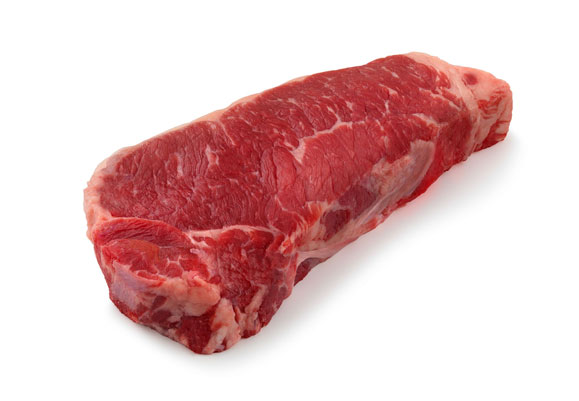 Another widely popular cut of beef, Strip Steaks are tender and lean with a fair amount of intramuscular fat. This makes them perfect for grilling. 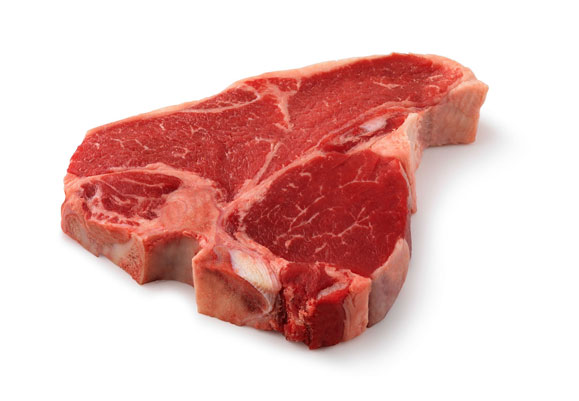 The Porterhouse is a large steak that is big enough to share between two people. This cut is composed of both a strip steak and a filet, and is best when prepared in the grill or oven. 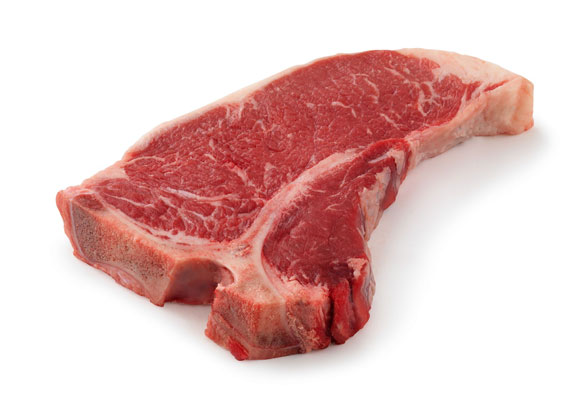 T-Bone steaks are defined by the characteristic t-shaped bone down the center. This cut is smaller than a Porterhouse, but packs just as much flavor and is best prepared in the grill or oven. 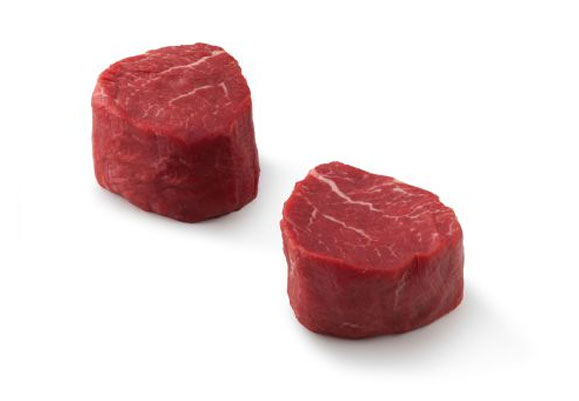 Filet steaks are perhaps the most well-known steak around. Popular for their lean cut, rich flavor, and availability, the filet is a favorite at steakhouses. At home, many enjoy grilling their filets or searing them in a cast iron skillet. 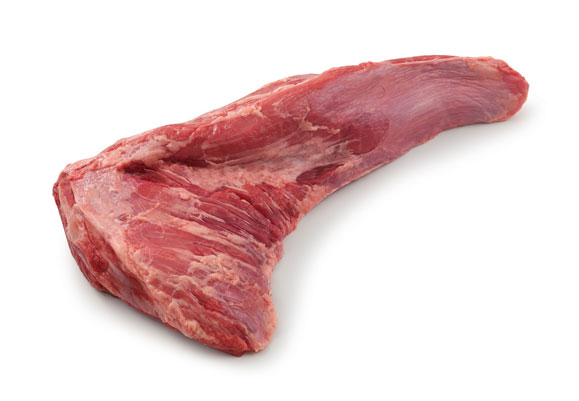 The Tri-Tip gets its name from its vaguely triangular shape. This cut has gained popularity over time due to its great flavor at a reasonable price point. Tri-Tip is best when grilled or seared in a hot skillet. 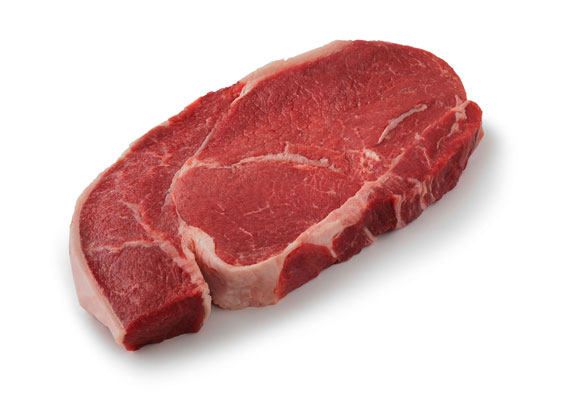 Sirloin steak could be referred to as the "everyman's steak," as it has a lovely beefy flavor, a good balance of lean meat and fat, and a reasonable price point. Sirloin steaks are a popular choice for grilling. 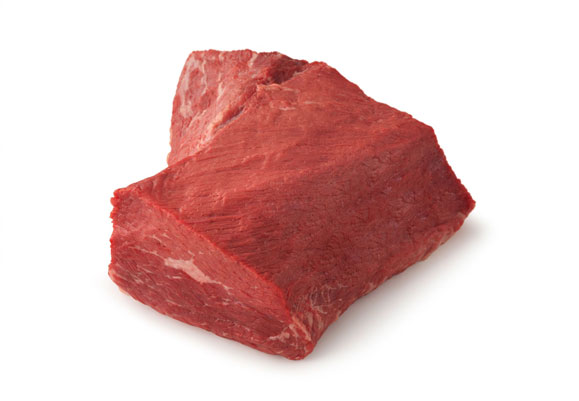 Rump Roast is cut from a well-exercised muscle group, making it a lean and flavorful piece of meat. Because it is so lean, Rump Roasts are best prepared low and slow. 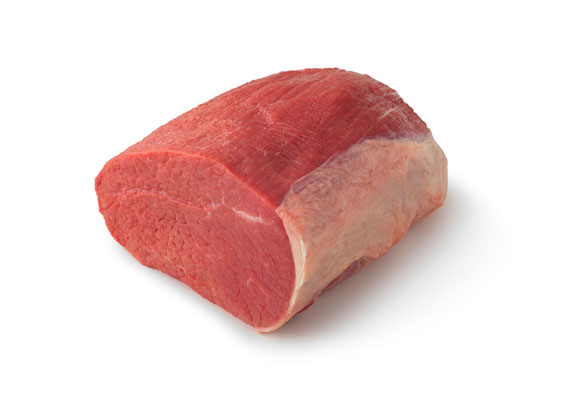 Eye of Round Roast

The Eye of Round roast is a very lean and economical cut. It can be turned into deli roast beef, but at Sugar Valley Meats, this is the main cut we use for our house-made beef jerky. 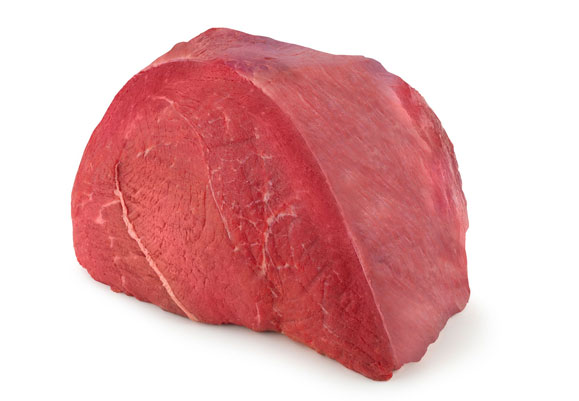 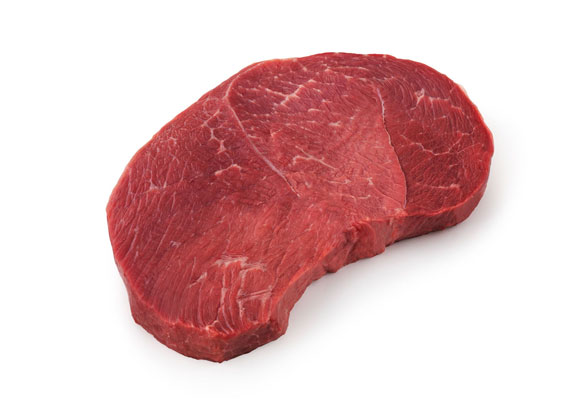 As with many cuts in the round primal, Sirloin Tip steak is lean and cost-efficient. It is most delicious when marinated before grilling. 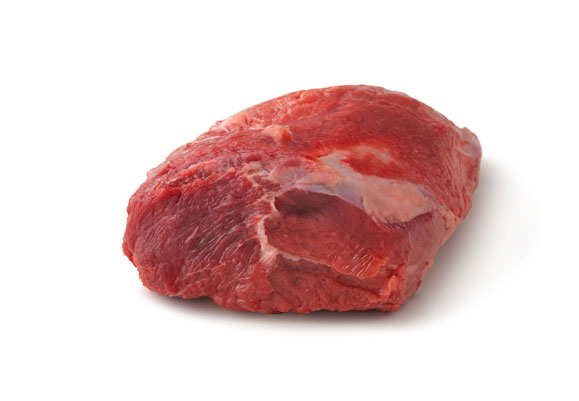 Top Round Roast is wonderful when cooked low and slow, then sliced thinly across the grain. It is another popular choice for deli roast beef. 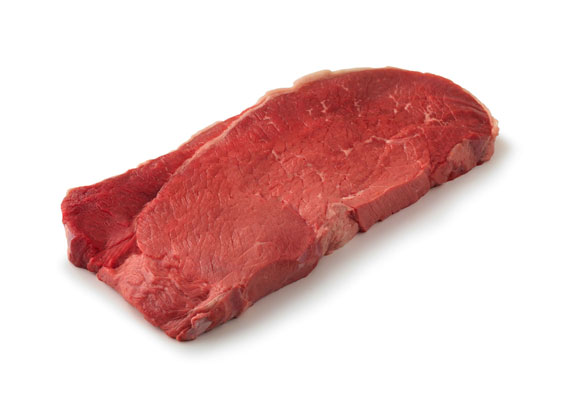 Top Round Steak; aka: "London Broil"

Top Round Steak, or a London Broil, is another lean, economical cut from the round primal. Typically, this cut is broiled or slow-cut to bring out its tenderness. 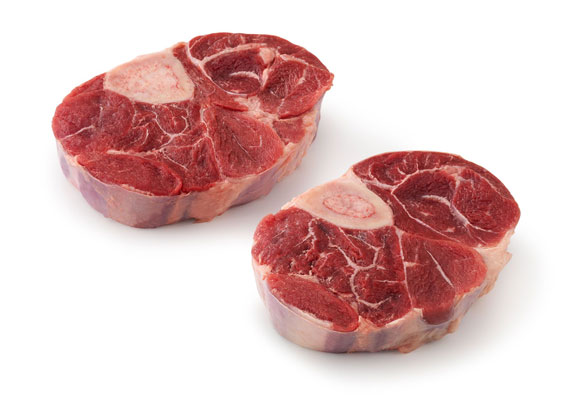 This is a cross-cut of the leg, a highly exercised muscle group. Because of this, Shanks are almost exclusively prepared in soups and other fork-tender dishes like Osso Buco. 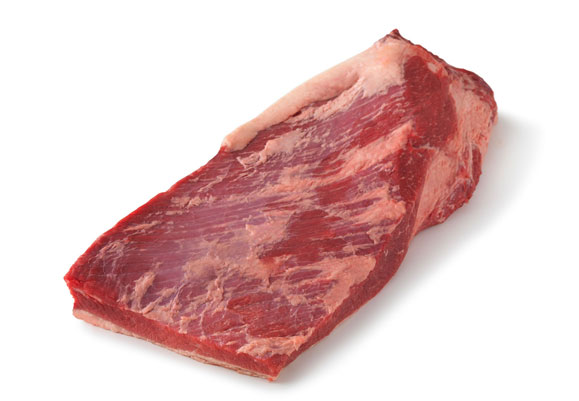 Brisket is a very flavorful cut of beef that is naturally lean. A favorite of BBQ joints, Brisket is best when prepared low and slow on the grill or in an oven. 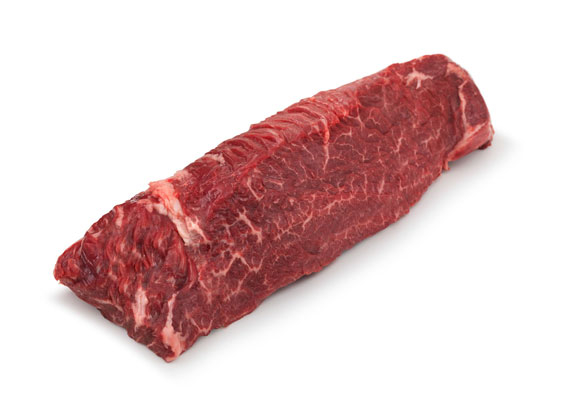 Hanger Steaks have a coarse texture but great flavor. At one point, these were known as "butcher's steaks," because they're a great, full-flavored steak that customers didn't know to ask for. As they've grown in popularity, many people like to use Hanger Steaks in steak tacos and other marinated and grilled preparations. 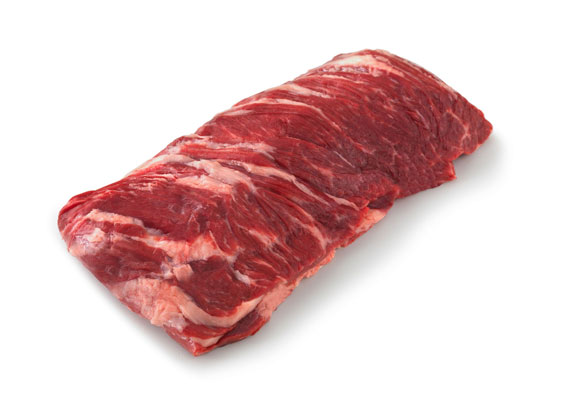 Skirt Steaks have a robust flavor profile that makes them a great choice for quick-sear preparations, such as fajitas and stir-frys. 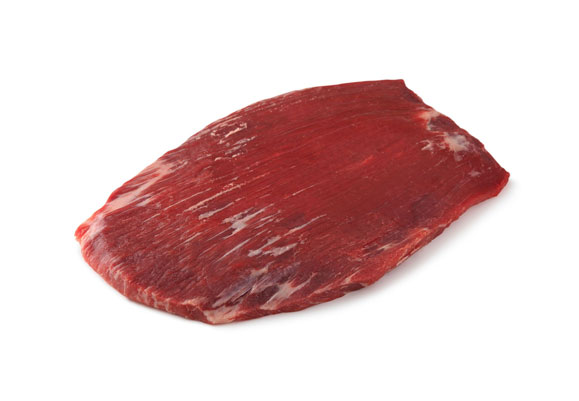 Flank Steaks are especially lean and have an intense beef flavor. These steaks are favored by those who enjoy marinating and stir-frying meat, and are also great when used for fajitas.

Stop by our shop to pick up today's specials and check out what else is in the case!